HomeAll NewsNAPSA AWARDED AS BEST COMPANY OF THE YEAR

NAPSA AWARDED AS BEST COMPANY OF THE YEAR 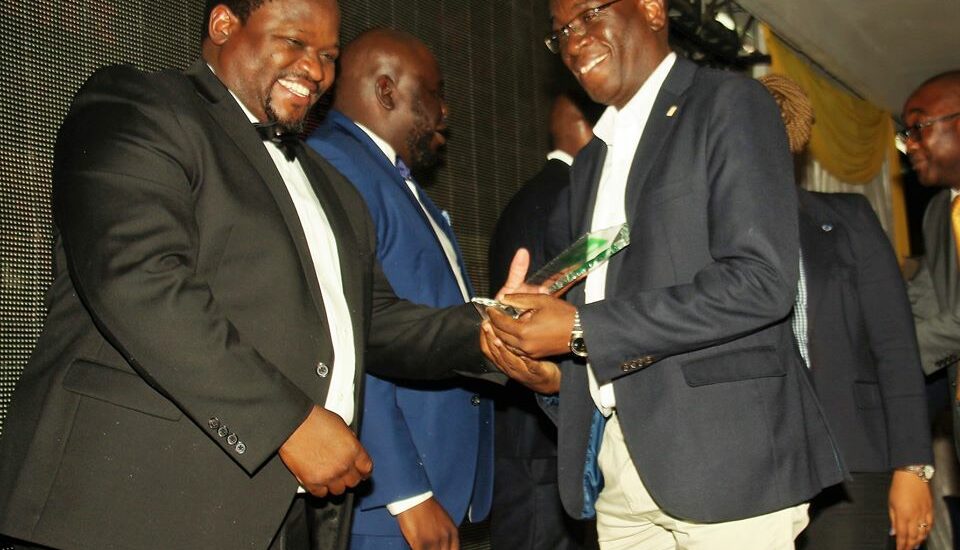 The National Pension Scheme Authority (NAPSA) has been awarded best company of the year 2019 by the Economic Association of Zambia (EAZ) during a colorful Gala Dinner at Intercontinental Hotel in Lusaka last night.
The EAZ annual Economic Gala Dinner was graced by Her Honour, the Vice President of the Republic of Zambia, Inonge Wina who was represented by Minister of National Development and Planning Hon. Alexander Chiteme.
NAPSA was recognised for its continued efforts towards the country’s developmental agenda through investments in both social and economic sectors.
And receiving the award, the elated NAPSA Director General Mr. Yollard Kachinda said the Authority is a key player in Zambia’s economy and social security provision.
Mr. Kachinda pledged that NAPSA will continue to diligently discharge its mandate of providing social security to its members to mitigate the risk of poverty arising from retirement, invalidity and death.
The NAPSA DG said the Authority has a custodial responsibility to safeguard and grow member’s funds by engaging in an array of assortment of viable investments projects across the country.
This year’s EAZ Gala night was themed: “Transforming Zambia through Economic Diplomacy”.