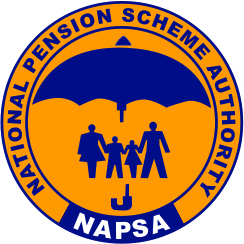 We make reference to the article purported to have been published on the Africa Confidential website and cited by social media and other publications, in which it is alleged that “…in March, the Government had to raid the state pension fund, the National Pension Scheme Authority (NAPSA), to pay overdue February salaries for public service employees”.

We wish to categorically state that the statement is totally incorrect and baseless. The Authority has never been raided by the Government of the Republic of Zambia for funding of salaries as alleged by the ill-conceived article. If the publishers of the article have details of the alleged raid, let them provide the information to the public.

The National Pension Scheme Authority has well-structured, legally established channels and procedures for managing the affairs of the Authority on behalf of the members.

Therefore, we would like to urge members of the public to ignore the said article with the contempt it deserves and treat it as fake news.

The office of the Director General